Ladies and gentleman- The Thumb buster!

Right, the harp guitar is all finished and at it's new home. Instead of putting up pictures of it outside my workshop, this time I can (hopefully) link to a video of it in action played by Paul Brett, who's idea and inspiration it was to get this thing up and running... again, the original harp guitar that this monster is based on dated from the 1890s and the concept hasn't been taken up since


It'll be on Paul's stand at the London Acoustic Guitar Show if you fancy giving it a try and I'll be hanging around too, so come and say hi!
Posted by Rich at 20:36 No comments:

well after a long journey in the back of at least 3 vans the Terz guitar eventually made it up to Lanarkshire so I can show it off for all to see here. As you might expect from such a small bodied guitar it responds very well to a light touch- no heavy strummers please. Its great for gentle fingerpicking whilst on the sofa watching TV its new owner assures me! I have another Terz in the pipeline for early next year. 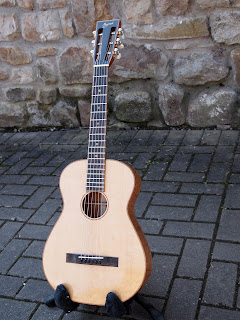 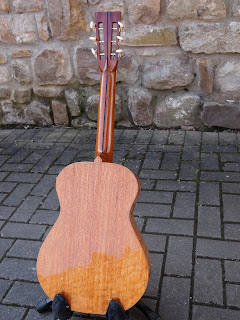 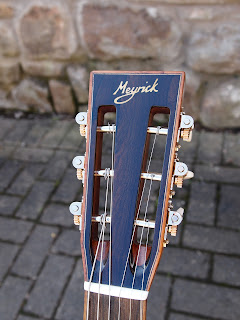 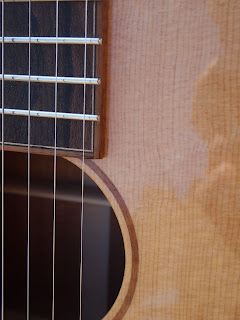 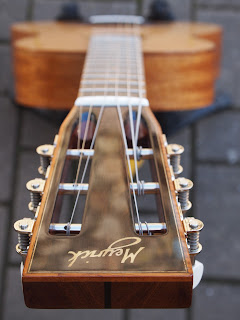 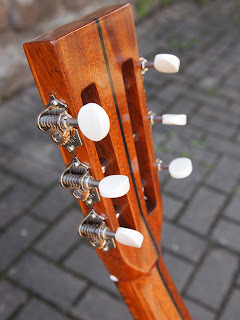 ...And so on to the next one. I've been working with guitarist Paul Brett to resurrect an idea for a harp guitar from the late 19th century. What makes it different from usual harp guitars (if there is such a thing!) is that the extra bass strings are played with the thumb of the left hand. Paul was keen to take inspiration from the original design and use environmentally sound materials so we settled on oak for the back and sides as per the original, Sitka spruce from a naturally fallen tree, sycamore for the neck and neck dowel, bog oak fingerboard, bridge and head veneer and English walnut binding. The body is based on my 12 fret Cilgerran model. Hopefully it'll be finished by the end of the week so I'll put up a couple of completed pics. 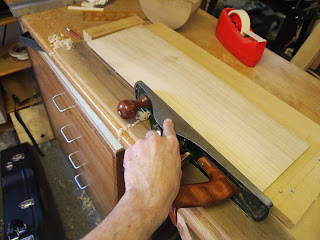 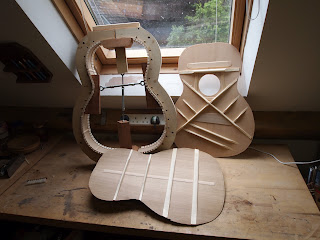 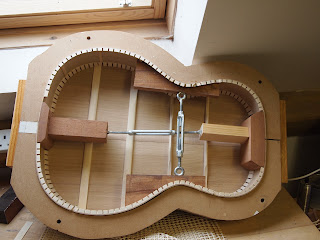 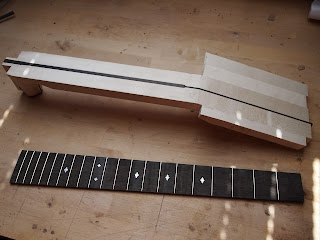 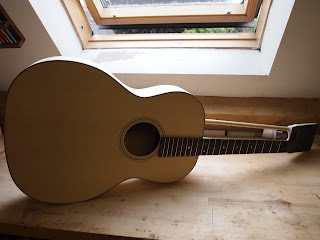 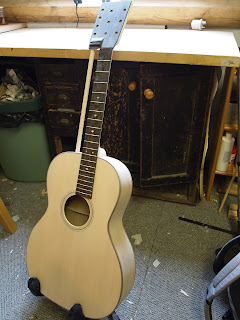